Harpers On The Internet 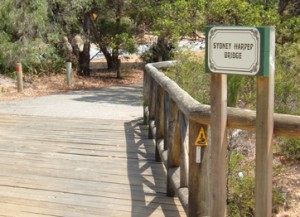 The HarperFamilyTree.com website has been really effective for getting in contact with other Harpers and their descendants around Australia who we wouldn’t have otherwise known or perhaps even known about.

The first significant contact was from Maurie Harper. He had been researching for many years but there were questions around what had become of his Grandfather, William James Harper after he became estranged from his wife (Annie Maria Harper). Maurie was fairly sure he knew that William James had changed his name to Wilfred, so when I started researching our side of the family, which only ever knew William as Wilfred, we were able to put the pieces together and confirm what we both suspected.

Just yesterday I received some information from Alan Harper, the son of Sydney Harper in Albany WA. This is a branch of the family that I know very little about, so I’m looking forward to sharing some of the info that I have with Alan. Here is what he said:

The John (Jack) Harper you mentioned was Allan Harper’s brother. They both travelled to WA in the early 1900s with their father John Philip Harper and were saw millers at Barrabup, near Nannup. Allan Harper married and stayed in WA, his brother and father returned to Victoria. Allan Harper was granted the first Sheoak milling license from the WA government based in Albany and our branch of the family has stayed here ever since.

If you are a descendant of any of the Harper or Trew families please feel free to contact me using the comments form.