Extract from Maurie Harper’s ‘Notes on The Harpers In Australia’

County Antrim, (possibly from Endruim, “habitation on the waters”)

Antrim’s geography has dominated Ireland’s history. Situated on the 13 mile wide North Channel, with the Mull of Kintyre in Scotland quite visible across the water, the region has long been an entry point for the rest of Ireland. There is evidence to suggest that the earliest human settlers arrived in Ireland via Antrim. 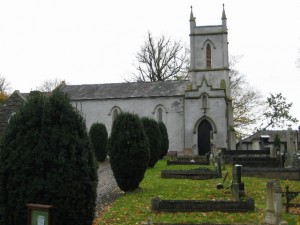 If we look at the history of Ireland we learn that 1841 was regarded as pre potato famine.

Throughout the early 1830’s, cholera repeatedly ravaged the poorest classes In this decade as a whole the potato crop failed on a local level in eight out of the ten years. In 1838 it was a savage winter and “on the night of the big wind” snow buried cottages and cattle froze to death in the fields. Finally in 1840 the crops started to fail and by 1844 had partly failed three more times. It is a small wonder that the Irish felt God had abandoned them. One emigrant wrote “There is destruction approaching Ireland, their time is nearly at an end”. While the famine officially commenced in 1845 and lasted until 1851 there is no doubt that Andrew Harper and his family must have realized the writing was on the wall early in the piece and to survive like a lot of other Irish at the time find a new home

The population of Ireland was 6.2 Million in 1841 and growing fast. On top of this the English Gentry were taking as much produce as they could and leaving very little for the Irish people and their families. The farm labourers were told to live off any potatoes they could produce off small plots. It was allowable to run a pig from left over produce. This was to help feed them and their families through the off season. When the Potato Famine was over in 1851 one in nine inhabitants of Ireland had died from the effects of starvation. The population of Ireland in 1851 had shrunk to 5.1 Million.

« Harpers, Bowns & Trews In The News » Andrew And Maria Harper: Bound For The Colonies